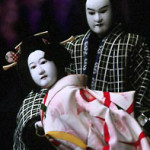 During Edo period, Japan developed many 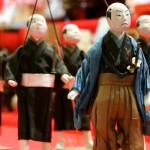 During the Edo period, Japan closed its country border and did not trade with foreign nations except for China, Korea and the Netherlands. All ships from overseas had to stay in Nagasaki and all non-Japanese had to live in a small island dedicated to only foreigners. Japanese were banned from visiting foreign countries and local feudal lords were not allowed to build ships. Only boats were allowed to be made for 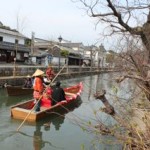 Hagi in Yamaguchi prefecture, Kakunodate in Akita prefecture, and Tsuwano in Shimane are famous

Tokugawa dynasty developed social class system which was composed with warriors/feudal lords (samurai), farming peasants, crafts professionals and merchants. Nobilities, Buddhist monks, Shinto priests were out of this hierarchy system. During Edo period, people did not have freedom to choose their social class and place to live. Social class was hereditary and place of living was precisely separated by classes. Farming peasants were living in village whereas people of other three classes were living in castle town. Inside the castle 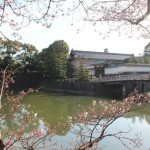 When you come to Japan, you would find many interesting seasonal events or way of thinking which are related with Shinto and Buddhism. In addition to those two religions, some historical knowledge would help you understand Japanese culture and habits today. The key periods to understand Japanese society are Edo period (1603-1868), Muromachi period (1338-1573) and Heian period (794-1185). In 1603, 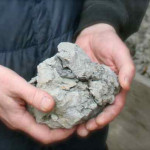 The apprenticeship was not easy. For the 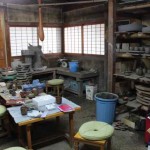 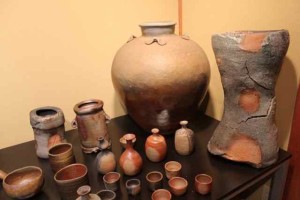 The beauty of Bizen ware, or Bizen yaki, is strongly related to its rough texture and sober color. Its beauty was discovered at the end of the 16th century as the Japanese established their world-renowned tea ceremony. When the tea ceremony began to embrace ultimate simplicity, tea masters gradually favored Bizen yaki. They preferred Bizen yaki because of the simplicity. The aesthetics of beauty in simplicity and incompleteness, which was

At first glance, you may be confused as to why Japanese people consider Bizen-style pottery very beautiful and one of their most valued cultural arts. Because its color does not seem to be something special, the shape looks ordinary. You could pick up a Bizen-style pottery by the roadside without realizing its beauty. But if you were to take it home and display it in a tokonoma alcove, you will

Bonsai is a way of appreciating nature 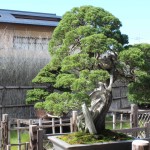 Bonsai is a miniature tree in a small container, but more than that. Bonsai is an art to create majestic scenery inside the container. Unlike pictures or sculptures, it is a living art and the time plays an important role. You’d easily find more than 80 years old but only 40 cm high bonsai in a garden. Time plays important role to make beautiful shape as the bonsai owner intend. In