Sword, not as a weapon but as a spiritual symbol for samurai

The sword became the symbol of the samurai code and even acquired further spiritual qualities. The shape of the sword and its making process have been improved and developed, especially during the period 900 to 1530 AD, when many small fiefdoms existed within Japan. Battles often happened and the sword was considered auseful weapon. Notably, however, it was during the peaceful Edo period that the shape and spirit of the sword was refined and connected with the sense of minimalist beauty embodied by bushido, explained in another post.

Ieyasu Tokugawa united the nation and started a new government system in 1603 which was the beginning of the Edo period. Through the era, a strict class system existed and the samurai were allowed Read More

The “spirit” of the Japanese sword 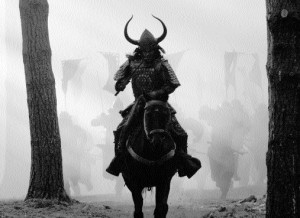 What do you imagine when you hear the word katana or “Japanese sword”? Japanese anime, such as Naruto, or the samurai killing each other of Takeshi Kitano movies? Well, in Japan, katana are offered to the gods because of their spiritual characteristics. People believed katana have three significant characteristics: purity, rarity, and value. The Japanese myths tell us about the three secret treasures of Japan and katana are one of them, followed by the secret mirror and the comma-shaped beads. The first offering made to the gods was recorded in 3 B.C.