The Japanese folk art movement, or mingei, was originally developed in 1920s and mainly led by a Japanese philosopher Soetsu Yanagi (1889-1961).

It was only half a century since Japan opened up the county, and like other Japanese people at that era, he and his friends appreciated Western art very much. They firstly tried to collect Western art pieces and to open a museum to exhibit them. However, after Great Kanto Earthquake hit Tokyo in 1923, he moved to Kyoto, and while he travelled around Japan and Korea, he discovered true beauty in everyday items, such as ceramics, textile and woodwork, created by unknown local craftsmen.

He was fascinated with folk art and started collecting such items. Together with potter Kanjiro Kawai, Shoji Hamada and Kenkichi Tomimoto, he coined ‘mingei’, meaning ‘art of the people’, and they announced a prospectus for the formation of a museum of folk crafts.

After some trials to exhibit the items in a national museum, he raised fund to open a private museum to exhibit his collection. The Japan Folk Crafts Museum was founded by Soetsu in 1936 in Tokyo, and still welcomes folk art lovers. The collection includes works by Kanjiro Kawai, Shoji Hamada, Shiko Munakata and Bernard Leach.

Bernard Leach was a British potter and an art teacher, who was born in Hong Kong and spent his early four years in Japan. He studied art in London, and moved back to Japan. He met Soetsu and his friends while they were collecting Western artworks, and Leach introduced them the Arts and Crafts movement in Britain, which should have influenced Sosetsu’s ‘mingei’ inspiration. The friendship between Leach and Yanagi lasted long, like the mingei movement did. 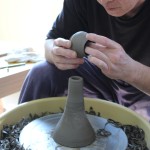 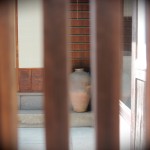 NEXT POSTS | Shoji Hamada, a potter who made Mashiko famous nationwide (1)