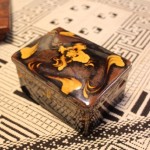 The Japanese folk art movement, or mingei, was originally developed in 1920s and mainly led by a Japanese philosopher Soetsu Yanagi (1889-1961).

It was only half a century since Japan opened up the county, and like other Japanese people at that era, he and his friends appreciated Western art very much. They firstly tried to collect Western art pieces and to open a museum to exhibit them. However, after Great Kanto Earthquake hit Tokyo in 1923, he moved to Kyoto, and while he travelled around Japan and Korea, he discovered true beauty in everyday items, such as ceramics, textile and woodwork, created by unknown local craftsmen.

He was fascinated with folk art and started collecting such items. Together with potter Kanjiro Kawai, Shoji Read More