On the other hand, a mamori-gatana has been believed to have a power not only as a practical weapon to protect its holder from other human beings but also as an amulet to expel evil spirits and bad luck. From the ancient time, the Japanese have believed that beautiful brilliant items have a special power to keep demons away, and it has been the same with beautifully polished blades of swords. Therefore, parents in upper samurai class would pass a mamori-gatana to their daughter when she gets married, wishing the sword could protect her from bad luck in her new family.

Now, you can appreciate mamorigatanas more interestingly, by not only looking at their decorative perfection but also exploring your imagination on the life of ladies in samurai families. 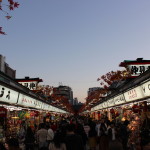 Sword making 1) All swords are made of iron; the first step of making sword

The “spirit” of the Japanese sword