The lives of people were constrained by various rules, not only where to live but also fashion, hair style, and accessories. People were easily identified the class they belong by their looks. Samurai or feudal lords were given special status and allowed to carry a sword. Philosophy of “way of warrior” or “way of samurai” (bushido) was developed this era.

However, except some top ranked samurai, most of the lives of middle to low class samurai were not easy. Those lower class samurai had to do side job at home to produce crafts agricultural products such as umbrella, toothpick, candle, golden fish and chicken etc. Unlike samurai, merchants enjoyed their rich life. They gained economical power as time goes by and played important roles in boosting cultures and arts which we can see today. 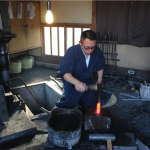 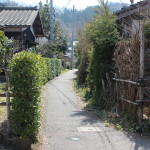