On the other hand, a mamori-gatana has been believed to have a power not only as a practical weapon to protect its holder from other human beings but also as an amulet to expel evil spirits and bad luck. From the ancient

It is said that a daughter of a samurai would carry a mamori-gatana in the belt of her wedding kimono when she gets married and that she continued to carry it for the rest of her life. A mamori-gatana was usually slim without a tsuka (hand protector) and usually put in 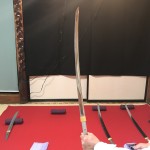 Pros of visiting antique shops is that it is easy and free. You can just go and drop in. Cons of antique shops are, however, that not all the swords in the shops are good quality. Today most of precious or important antique swords has owners. And 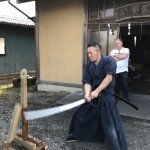 The pros of enjoying swords in museums is that you